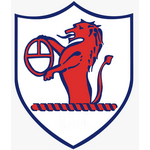 Cove Blown Away in Inverness

The side went into their third cinch Championship match of the season desperate to get back to winning ways, but a disappointing showing saw our defence regularly exposed, and Caley Thistle romped to what was a convincing victory.

It was already a second trip for the team to Inverness this season , following on from their impressive performance in the 1-1 draw in the Premier Sports Cup.

With Blair Yule again absent – the midfielder has been ruled out for a number of weeks because of an ongoing ankle injury – boss Jim McIntyre was handed a late blow when Evan Towler reported unwell, and couldn’t travel north.

The gaffer made three changes and opted for a back five for the first time in competitive action this campaign. Iain Vigurs and Leighton McIntosh dropped to the bench with Morgyn Neill and Robbie Leitch returning to the side, and new signing Cieran Dunne handed a first start less than forty-eight hours after putting pen to paper.

The game kicked-off with the haar swirling in off the Moray Firth, making visibility less than perfect from the stands, and it was Caley Thistle who showed more attacking intent in the opening exchanges.

The lads were finding it difficult to get up the park, and had to defend an early corner when Billy McKay played the ball off Neill.

Caley Thistle might have broken the deadlock in the 3rd minute. Daniel MacKay drifted infield and chipped a precision pass over the head of Connor Scully to set Cameron Harper free. The left back struck his low shot sweetly, but was denied by an outstanding save from Kyle Gourlay, who dived to push the ball out for a corner.

The opening goal was however only delayed by a few minutes, and it was all too easy for the home side. After an exchange of passes in the centre circle, both Ross and Neill were dragged towards the ball, and SAMUELS had the freedom of the pitch to run into, before finishing confidently from fifteen yards.

It was all Caley Thistle at this stage.

Samuels and Doran linked-up to find Daniel MacKay, and the winger cut in to fire goalwards, his effort gathered comfortably by Gourlay. Seconds later, it was Billy McKay threatening, his shot on the turn from the edge of the box forcing Kyle into another impressive diving save.

The manager shuffled his defence in a bid to find more solidity, with Dunne dropping deeper as he returned to a flat back four.

It wasn’t until the 17th minute that Cove offered any kind of concern for the home defence. Good work on the right by Logan and Leitch had Caley Thistle on the back foot, and as the ball flipped up into the air, Zak Delaney mis-headed towards his own goal, and was thankful to see his keeper Mark Ridgers leap to his left to push the ball to safety.

Cove were finding it difficult to get any cohesion in their play, with a number of moves breaking down as a result of poor passing in midfield, and the boys were soon having to defend again, as Inverness used their pace to good effect.

This time it was Aaron Doran who ran at Morgyn Neill, cut inside, and curled his shot in from twenty yards, Gourlay making another competent save to keep him out.

Cieran Dunne and Mitch Megginson then tried to create an opening down the left. Fraser Fyvie collected, and returned the ball to Mitch, but the captain’s long-range effort was deflected to safety.

Daniel MacKay was a constant threat for the home side, and he was the architect of the second goal, which arrived in the 32nd minute. The winger again cut in from the left and fired a wicked cross into the area which DORAN, using the pace on the ball, simply nudged past Gourlay.

We were offering little in response, but might have got a foothold in the game two minutes later. Shay Logan sent a long free-kick deep into the box and Neill rose highest to head the ball back across, but with Megginson lurking, Ridgers was quickly off his line to gather.

All too often, Caley Thistle’s quick attacks were finding huge gaps in our defence, and Billy McKay was the latest to race clear, but with the defenders converging, the veteran striker lost his footing, and the danger was averted,

Austin Samuels was first into the book, for a reckless late challenge on Mark Reynolds, but thankfully the central defender was able to continue.

It was the last notable event of a bitterly disappointing first half, leaving Jim McIntyre much to ponder during the interval.

His first act was to introduce Iain Vigurs for Morgyn Neill, and with little over a minute played, we were back in contention.

After a well-worked interchange on halfway, Fraser Fyvie lifted the ball for Megginson to run on to. Mitch’s low diagonal shot was blocked by Ridgers’ left foot, but as it ran free, Robbie LEITCH was first to react to stab into the empty net from six yards.

The home side should have restored their two-goal advantage in the fifty-fourth minute. A corner from their left found Robbie Deas unmarked at the near post seven yards out, but the big defender sent his header wide.

Connor Scully picked up Cove’s first yellow of the afternoon for a robust challenge on Allardice, and from the resultant free kick, Doran charged away to fire in a dangerous cross which Reynolds blocked for a corner.

Caley Thistle were still finding too much space in attack, and Billy McKay was next to exploit the gaps being offered up. He waltzed into the box, but was forced wider by Reynolds, and could only shoot weakly over the bar.

We then put together one of the best passing moves of the game, Logan and Fyvie involved in setting up Leitch, and Robbie’s low cross from the right was met first time by Vigurs, whose low shot brought a fine save from Ridgers just inside his left post.

Caley Thistle looked to counter, and Fraser Fyvie collected a booking as he tugged back the speedy Daniel MacKay on the halfway line.

With the mist continuing to roll in across the pitch, and the temperature dropping, the gaffer threw on Luis Longstaff for his second Cove appearance, Jamie Masson making way for the former Liverpool youth.

But it was the home side who were to make the next major impact on the game.

Once again, there was acres of space in our penalty area, and it took a brilliant challenge by Cieran Dunne to avert the danger, but when the ball was returned from the left, the defence still hadn’t regrouped, and McKay sent in a low cross which SAMUELS smashed home for his second of the game.

A flurry of changes followed as the match moved into its final ten minutes. Leighton McIntosh and Gerry McDonagh replaced Leitch and Fyvie for Cove, with Nathan Shaw and Steven Boyd being introduced for Doran and Daniel MacKay for the home side.

Scott Ross was cautioned for a challenge on Billy McKay with 82 minutes on the clock, and Shay Logan also went into the book soon after for dissent. Robbie Deas earned Caley Thistle’s second yellow for a crunching block on Vigurs.

Samuels was chasing his hat-trick, and might have got it as he raced into the box and unleashed a powerful shot, well saved by Gourlay. He came close again almost immediately, Kyle racing from his line to make the block, but as the ball ran loose, SHAW was there to complete the scoring with the last kick of the ball.