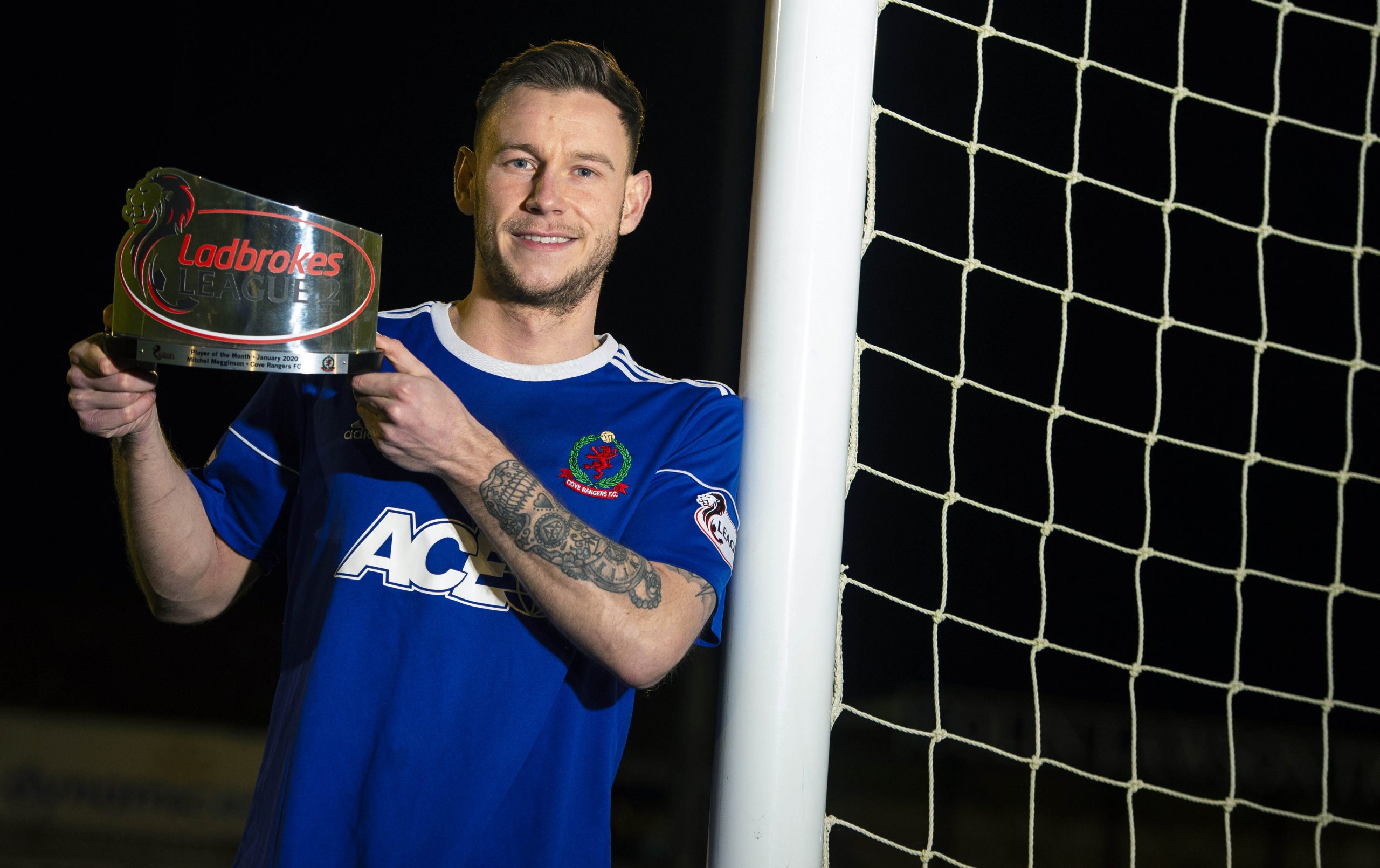 COVE Rangers skipper Mitch Megginson has been chosen as the Ladbrokes League Two player of the month for January.
The announcement comes in the wake of the SPFL also confirming manager Paul Hartley has been picked as top boss over the same period.
It’s the second time this season that Cove Rangers have completed an awards ‘double’, Paul and midfielder Declan Glass were also recognised in August.
Mitch has been rewarded for his fine form since the turn of the year.
He netted in all three of our League Two victories in January – twice in the 5-1 triumph away to Brechin City and once each in our home wins over Cowdenbeath (3-1) and Annan Athletic (2-0) – and Mitch has now scored 20 goals in all competitions so far this term.
The Cove captain was quick to thank his teammates for helping him win the award.
“This award is as much theirs as it is mine,” said Mitch.
“Strikers are only as good as the supply they get, I know I would never have scored as many without the other lads at Cove.
“The one I got against Annan is a prime example, Harry Milne set it up for me on a plate with a fine cross from out on the left wing.
“It’s been like that throughout the season, I’m lucky to have so many talented players behind me doing all the spadework so that I can then steal all the glory.”
Mitch admitted picking up what is his first award in League Two is a big boost ahead of this weekend’s league visit to Albion Rovers, a game he expects to be as testing as it was when we were down at the Reigart Stadium earlier in the season.
“Every player likes to see their efforts recognised but I accept the awards also comes with a pressure to see if I can continue my scoring form in February,” said Mitch.
“That won’t be easy because we found out first hand just how difficult it is when you play Albion Rovers at their place.
“We looked to be comfortable when we went in at half-time 3-1 that last time but ended up chasing the game and it took a goal in the very last minute to rescue a point.
“They are down at the bottom end of the table and fighting for their lives and their pitch can be tricky, it’s certainly not as nice as the one we like to play on at Balmoral Stadium.
“We know it’s likely to be a day when we are going to have to roll up our sleeves and put the effort in if we are to have any hope of getting the result we want.” 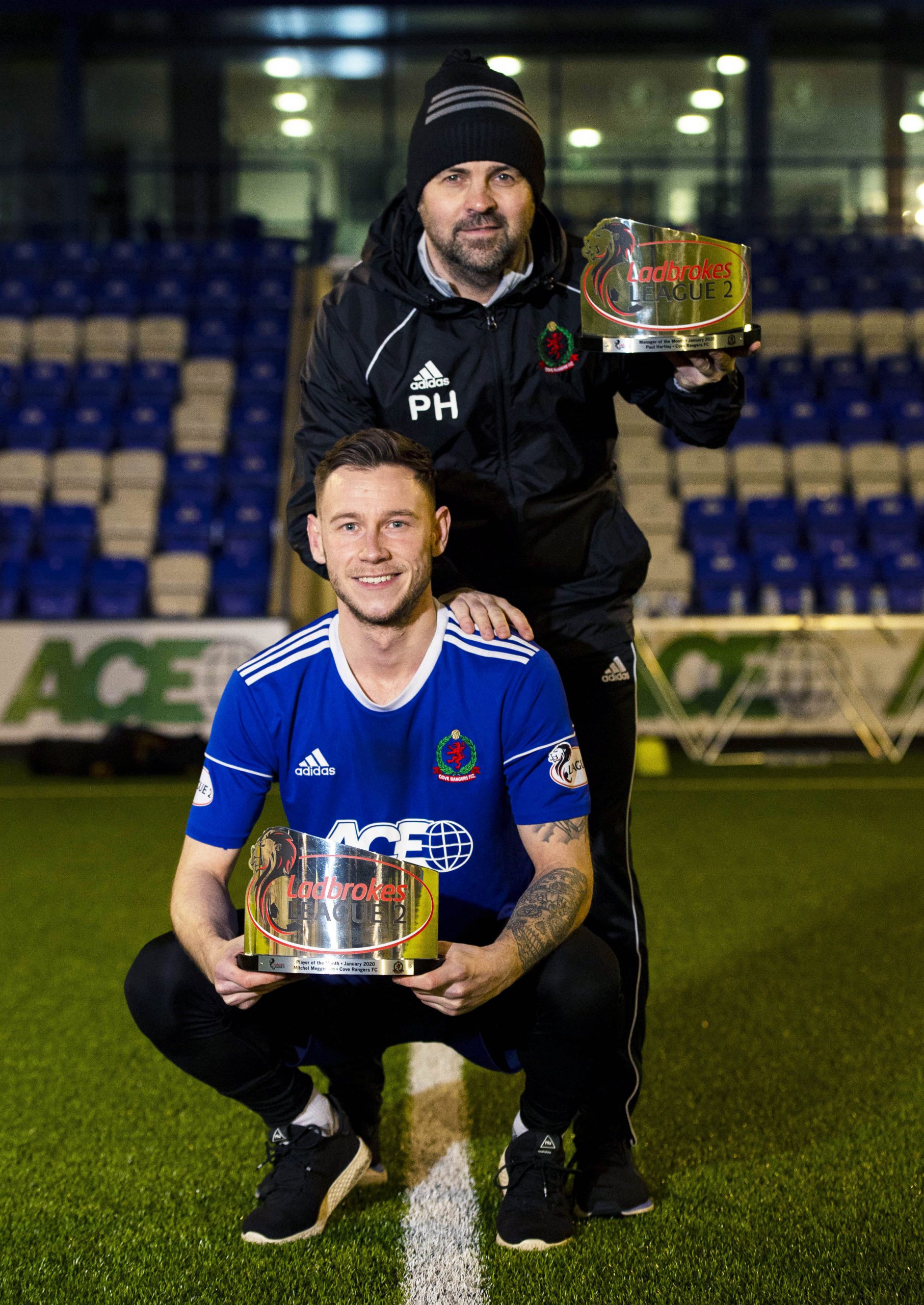 COVE RANGERS MANAGER PAUL PICKS UP LADBROKES LEAGUE TWO AWARD FOR JANUARY »
We use cookies on this site to improve your user experience. By continuing to use this site we will accept this as agreement of our policy.OkPrivacy policy