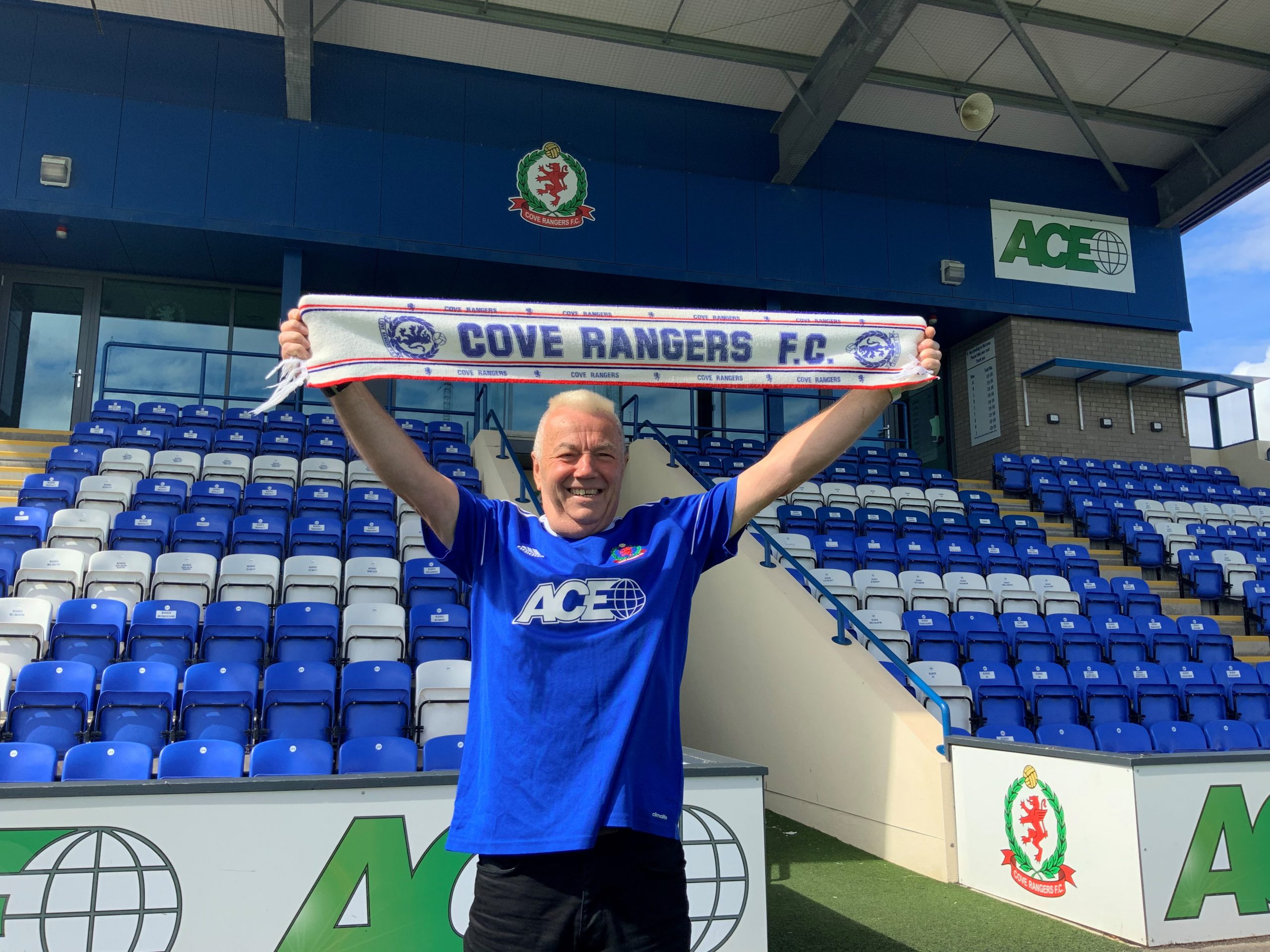 THE clock is ticking down  to Friday evening when Ian ‘Jetto’ Yule will leave Balmoral Stadium alongside former players Mark Perry and  Roy McBain on their mammoth journey to Dundee.

The trio are doing a sponsored walk over the estimated 63 miles to Tannadice Park, home of Dundee United, to raised funds to assist with the legal costs of our fight to remain promoted to League One for the coming season.

Some of the money raised will also be donated to Ian’s chosen charity, Voluntary Services Aberdeen.

Ian, Mark and Roy will be joined on the first leg of their journey, to Newtonhill, by Cove Rangers manager Paul Hartley.

Cove Rangers fans are also expected to be out in force to give them a memorable send-off when they depart from Balmoral Stadium at 10pm on Friday.

At the time of writing, the money raised had soared to an astonishing £7,500.

A local businessman, who wishes to remain anonymous, has also pledged to match the final total.

Cove Rangers would like to thank everyone who has donated so far for their generosity.

MARK, ROY AND IAN GET READY FOR THE OFF IN LONG WALK DOWN COAST TO DUNDEE »
We use cookies on this site to improve your user experience. By continuing to use this site we will accept this as agreement of our policy.OkPrivacy policy