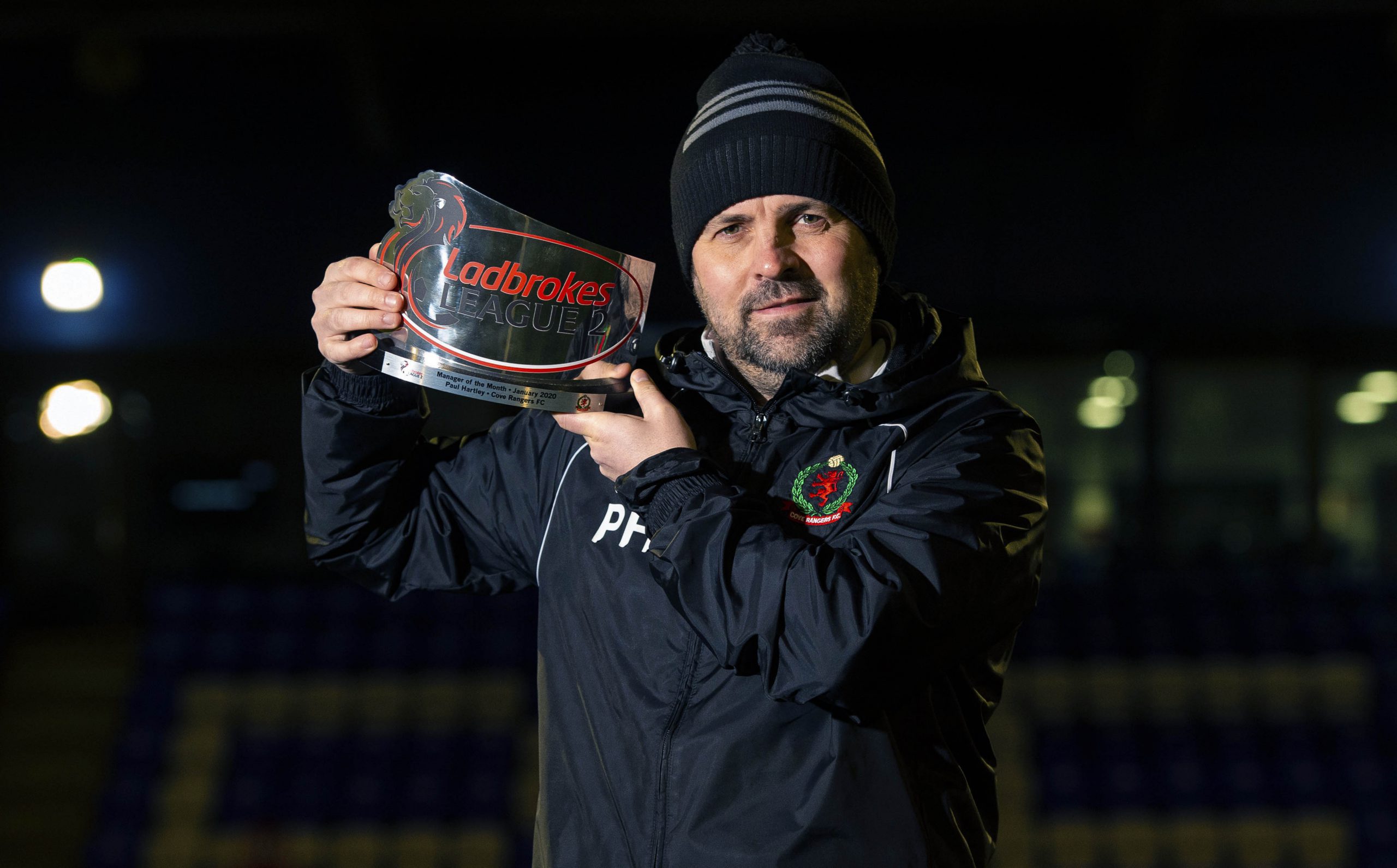 COVE Rangers boss Paul Hartley has been named as the Ladbrokes League Two manager of the month for January.
Paul has been recognised for leading us to three victories since the turn of the year, 5-1 away to Brechin City, 3-1 over Cowdenbeath and 2-0 against Annan Athletic at Balmoral Stadium.
It’s the second time Paul has been named top boss, also collecting the award in August.
Midfielder Declan Glass, who has since returned to parent club Dundee United, was also named the division’s best player for that month.
Paul insisted on sharing his latest award with his back room team – assistant boss Gordon Young, coaches Tam Ritchie, Gary Hake and John McCafferty, video analyst Chris Napier and physios Donal Gallacher and Eilidh McGregor – and the Cove Rangers players.
“I’m very fortunate to have so many good people working with me and such a talented group of players,” said Paul.
“The award is recognition of the hard everyone has put in so far, so I’m delighted for them as much as for myself.
“We really do work as a team, you don’t win these sort of awards on your own.” 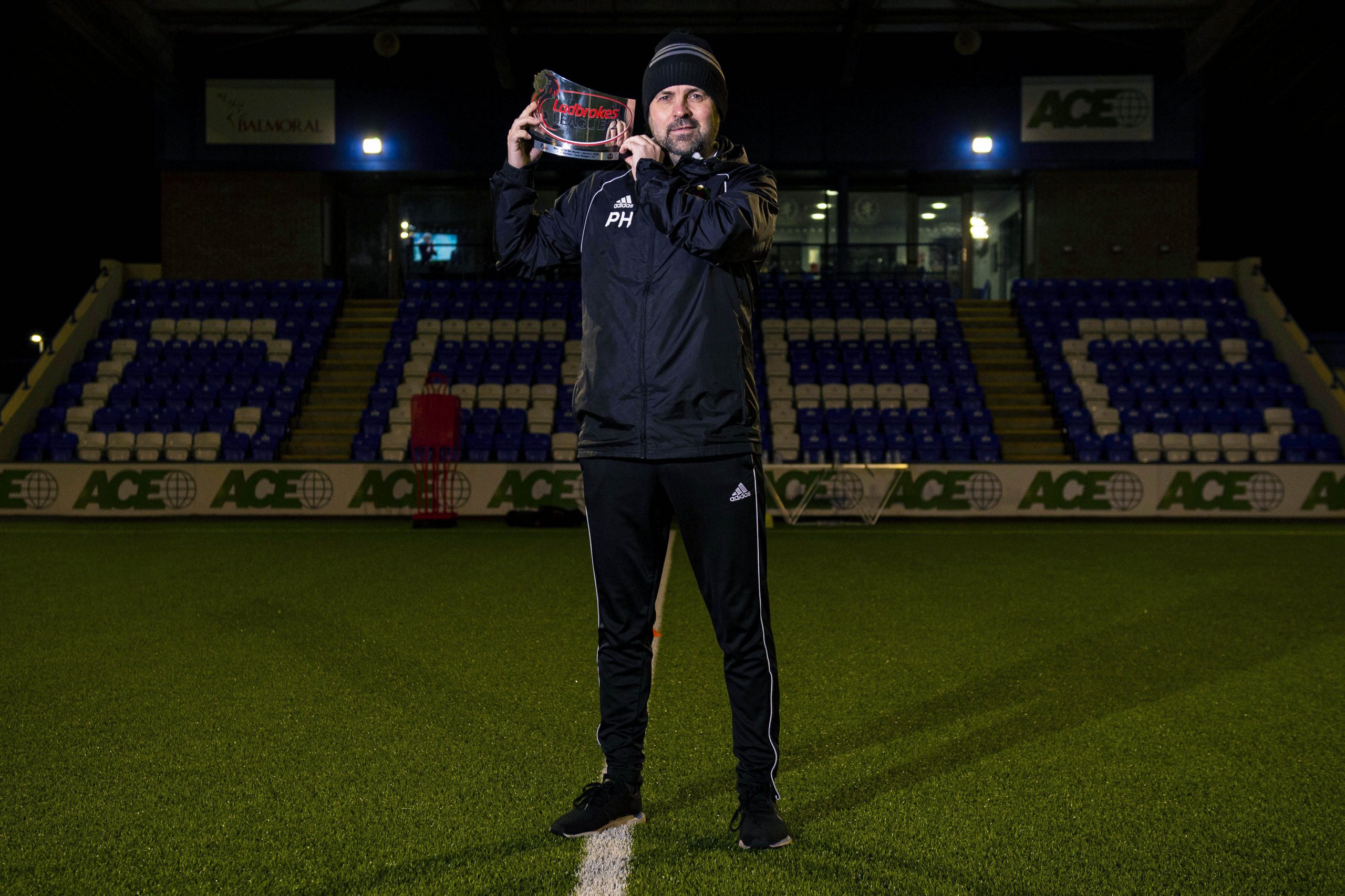 ANNAN STAR MAN BROQUE COMPLETES MOVE TO BALMORAL AHEAD OF TRANSFER WINDOW CLOSING »
We use cookies on this site to improve your user experience. By continuing to use this site we will accept this as agreement of our policy.OkPrivacy policy