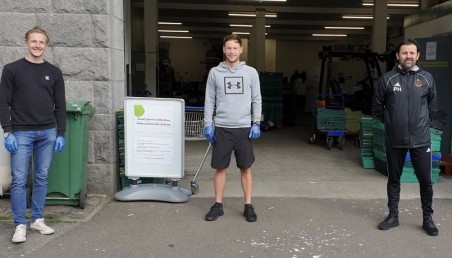 COVE Rangers have joined efforts to ensure vulnerable families in the north-east can still enjoy a wholesome meal.
Manager Paul Hartley, club captain Mitch Megginson and midfielder Blair Yule were among the first from our club to volunteer when they delivered more than 40 food parcels this morning to homes in the Cove, Kincorth and Torry areas.
Their efforts are part of the #StillStandingFree campaign organised by Aberdeen Football Club and AFC Community Trust in response to the coronavirus crisis.
Paul, Mitch and Blair were among the huge army of people who delivered the much needed parcels, which were supplied in conjunction with Community Food Initiatives North-East (CFINE).
Cove Rangers chairman Keith Moorhouse said: “We are delighted to assist in such a worthy campaign.

“Paul, Mitch and Blair are only the first of those connected to Cove Rangers who will be doing their bit to support the scheme in the coming weeks.” 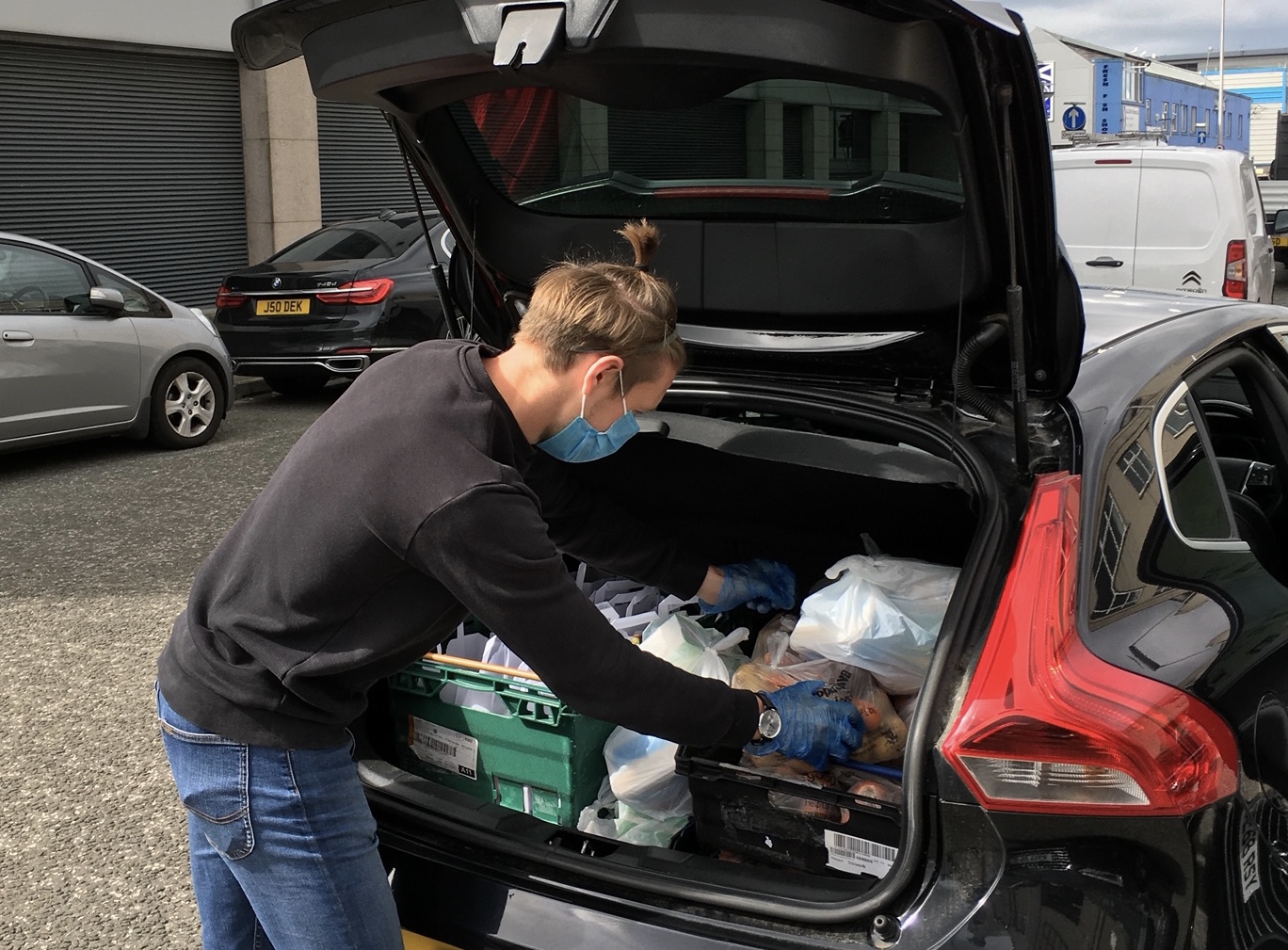 CHANGE TO HOME KIT 2020/21 »
We use cookies on this site to improve your user experience. By continuing to use this site we will accept this as agreement of our policy.OkPrivacy policy