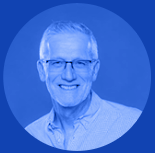 Having begun his broadcasting career with Northsound Radio in 1987, Richard has been the main presenter of BBC Radio Scotland’s Sportsound for almost three decades.

He has hosted in excess of 3,500 programmes, covering football across the globe, and is a regular MC at dinners and other high-profile events. 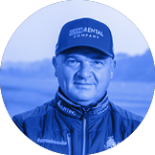 Paul is one of the country’s most successful golfers and still holds the record for being the last Scot to win the Open Championship, which he did in thrilling fashion at Carnoustie in 1999.

One of the heroes of Europe’s dramatic Ryder Cup triumph in The Miracle of Medinah in 2012, he has now retired from playing full-time on the European Tour having won eight titles during his glittering career.

Also in the studio:


Tickets are £40 per household (so the whole family can enjoy it!).

Included with each ticket:

Book now
We use cookies on this site to improve your user experience. By continuing to use this site we will accept this as agreement of our policy.OkPrivacy policy