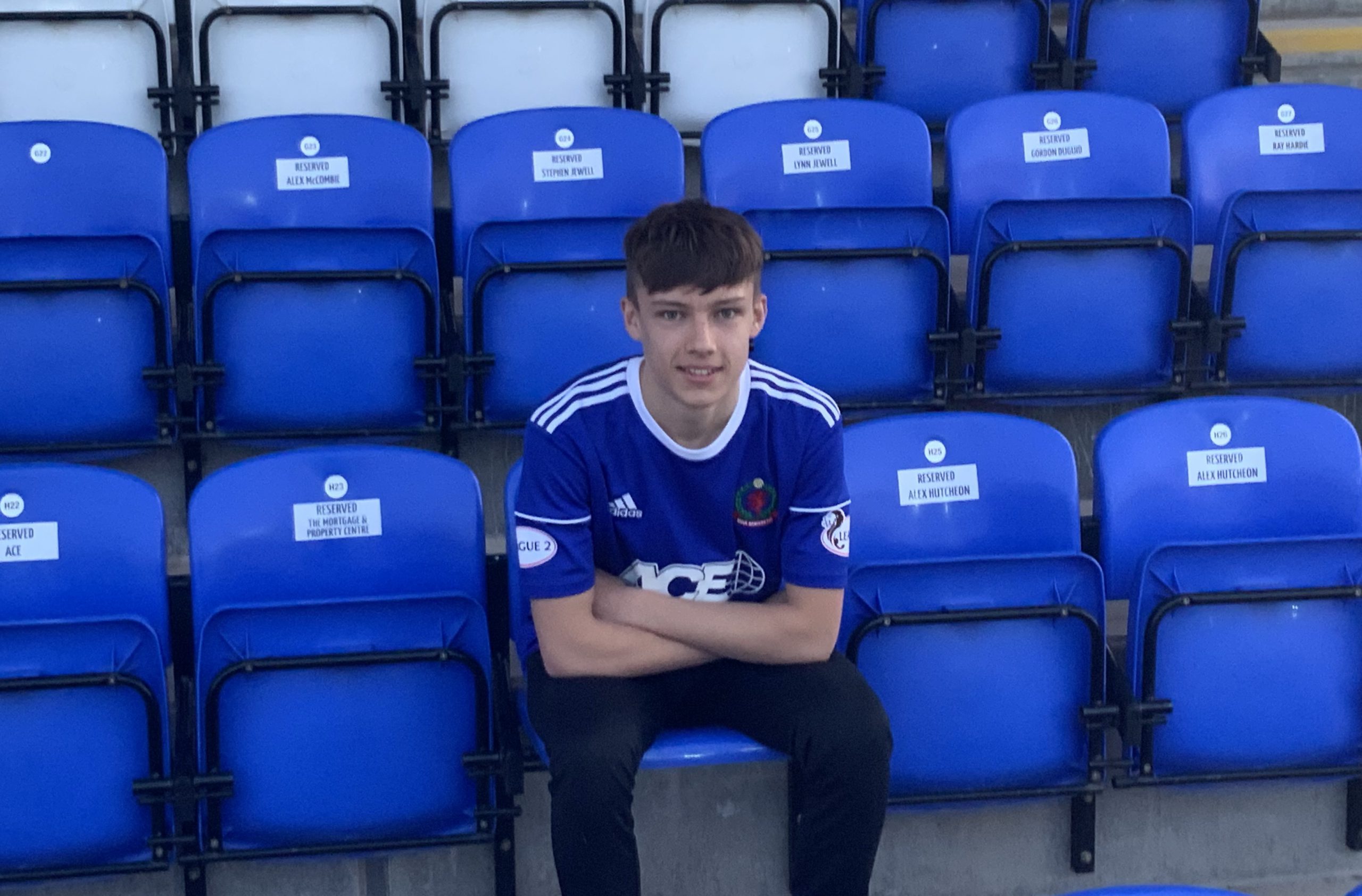 WELCOME: Dundee United midfielder Archie Meekison has joined Cove Rangers on loan for the rest of the season.

LATEST loan signing Archie Meekison says he’s relishing the challenge of trying to progress his career with Cove Rangers.
Dundee United have agreed to let the 17-year-old attacking midfielder spend the rest of the season at Balmoral Stadium.
Archie, who made his debut off the bench in last weekend’s 3-0 Ladbrokes League Two victory at Stenhousemuir, follows in the footsteps of Tannadice team-mate Declan Glass, who spent the first half of the campaign on loan to us – and made a huge impact by scoring some important goals and thrilling the Cove fans with his skill on the ball.
Archie confirmed he spoke to Declan when the possibility of also moving to Cove arose, and was advised to grab the opportunity with both hands.
Archie said: “I spoke to Declan a few times and he said it would be a great move for me.
“Declan certainly benefitted from his time with Cove, it helped him develop as a player.
“Hopefully it will be the same for me.
“Declan proved himself by making a positive contribution and that’s what I’m here to try and do as well.”
A Scotland schoolboy international who played in the 2019 Centenary Shield for his country, Archie has been a youth player with United for the last 10 years and has featured in their first team squads this season.
“I’m eager to push my career on and desperate to be involved regularly at Cove as well,” said Archie, who is in the squad for tomorrow’s Ladbrokes League Two clash with Brechin City at Balmoral Stadium.
“Cove have been done really well this season and I want to be a part of that and hopefully make a difference too.
“The more games I can get the better, but I also accept I’m going to have to earn that opportunity.”
Cove have no fresh injury problems and will also be boosted by the return of midfielder Jamie Masson, who has recovered from the illness that forced him to sit out the win at  Stenhousemuir. 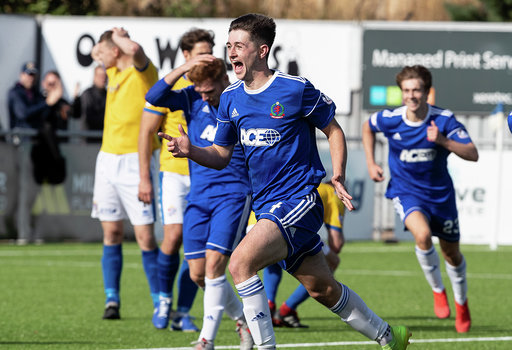 STAR PERFORMER: Declan Glass, who made a positive contribution during his loan spell with Cove Rangers.

REMEMBER TO GET YOUR COPY OF THE MATCH DAY PROGRAMME, WHICH WILL BE ON SALE AT BALMORAL STADIUM TOMORROW.

IT ALSO CONTAINS INTERVIEWS WITH DEFENDERS RYAN STRACHAN AND SCOTT ROSS, WHO HAVE JUST SIGNED NEW DEALS WITH THE CLUB.

AND THERE ARE FEATURES ON NEW COVE RANGERS WOMEN MANAGER STEVEN ROBB AND THE TWO MEN NICKNAMED ‘JACK AND VICTOR’ WHO HAVE PROVED THEY ARE ‘STILL GAME’ FOR THE IMPORTANT JOBS THEY DO BEHIND THE SCENES AT BALMORAL.

COVE BOSS PAUL HAPPY TO KEEP HOME RUN GOING BUT DISAPPOINTED PLAYERS LET STANDARDS SLIP »
We use cookies on this site to improve your user experience. By continuing to use this site we will accept this as agreement of our policy.OkPrivacy policy