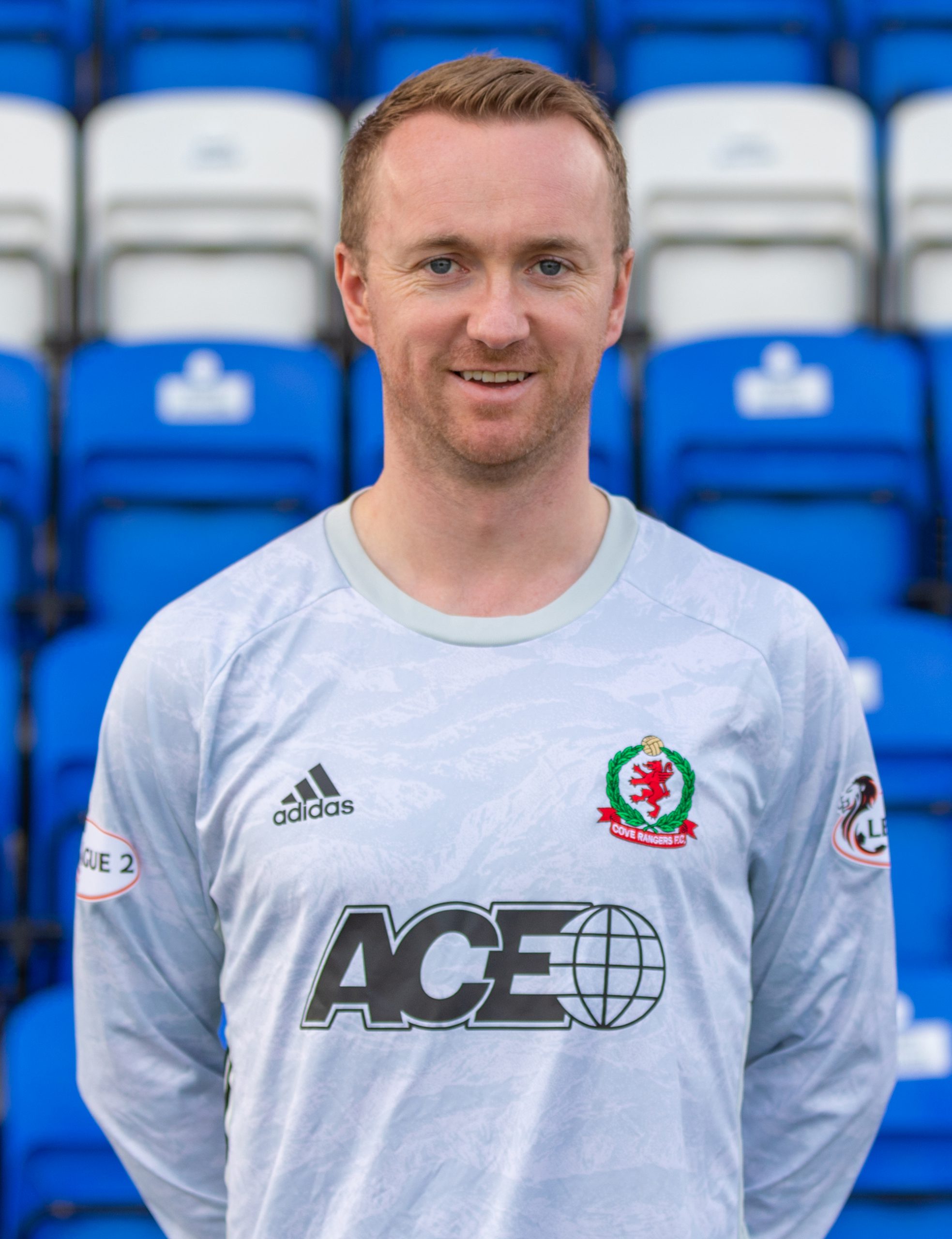 John, who joined us from Montrose in 2015 and was the main competition to Stuart McKenzie, has announced his retirement from playing so that he can fully concentrate on his new role.
“I really appreciate the manager giving me this opportunity,” said 35-year-old John, who also played for Dundee, East Fife, Peterhead and Junior side Carnoustie Panmure during his career.
“It had always been my intention to go into coaching once my playing days were over, I’ve worked hard to gain all of the necessary badges, so I’m delighted to get the chance to do that with Cove.
“It will also be great for my development as a coach to be working alongside the gaffer, Gordon Young (Assistant Manager) and Tam Ritchie (Fitness Coach).
“They have all worked at the highest level and have installed a full-time mentality at Cove, even though we are a part-time club.
“Being part of their team will definitely help to make me a better coach.”

Cove Rangers manager Paul said: “I was delighted with the work John did with Stuart and the other goalkeepers at the club last season.
“It’s great that he has agreed to remain with us because John will have an important part to play in the season ahead.”
John combined playing with coaching last season, being named 29 times as substitute in all competitions.
“I loved being part of the squad but accept it’s time to take on a new challenge,” he said.
“Stuart and I have been team-mates for a number of years now, including when we were both at Montrose.
“He was very supportive when I first started coaching at Links Park and I’m pleased we are going to continue working together.
“I’m also looking forward to helping to develop our young keepers, including Balint Demus, who impressed all of us when he trained with the first team last season.
“Stepping aside also creates an opportunity for the manager to take in another experienced goalkeeper to compete with Stuart at first team level.
“Making sure they are in the best shape possible to play for Cove will be a challenge but it’s one I’m excited by.” 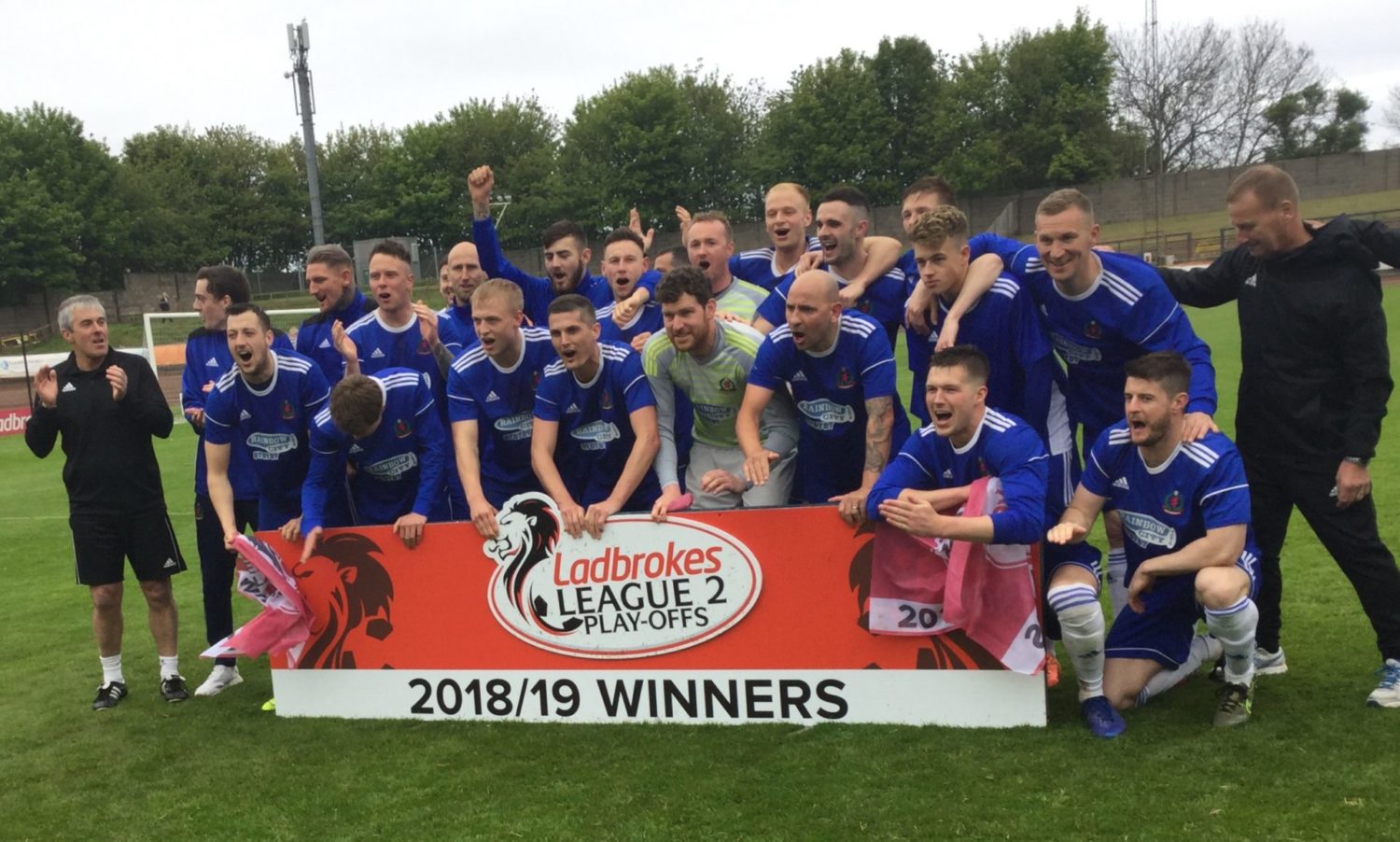 GLORY DAY: John McCafferty is behind keeper Stuart McKenzie in this image as they celebrate winning promotion with Cove Rangers.

John helped the club win numerous trophies after joining us from the Gable Endies and was part of the squad that secured promotion to the SPFL just over a year ago.
“That’s something I will always treasure,” he said.
“I actually announced my retirement from playing back in 2014, when I was with Carnoustie Panmure.
“I had struggled to recover from a knee injury and decided it was time call it a day.
“Montrose offered me the chance to move into coaching with them but I was forced to come out of retirement because we had a few injuries.
“I felt fine so just carried on and it meant I was able to be part of quite a few memorable days with Cove Rangers.
“Hopefully there are many more to come.”

COVE RANGERS TRIO HELP TO DELIVER SOME CHEER TO VULNERABLE FAMILIES »
We use cookies on this site to improve your user experience. By continuing to use this site we will accept this as agreement of our policy.OkPrivacy policy