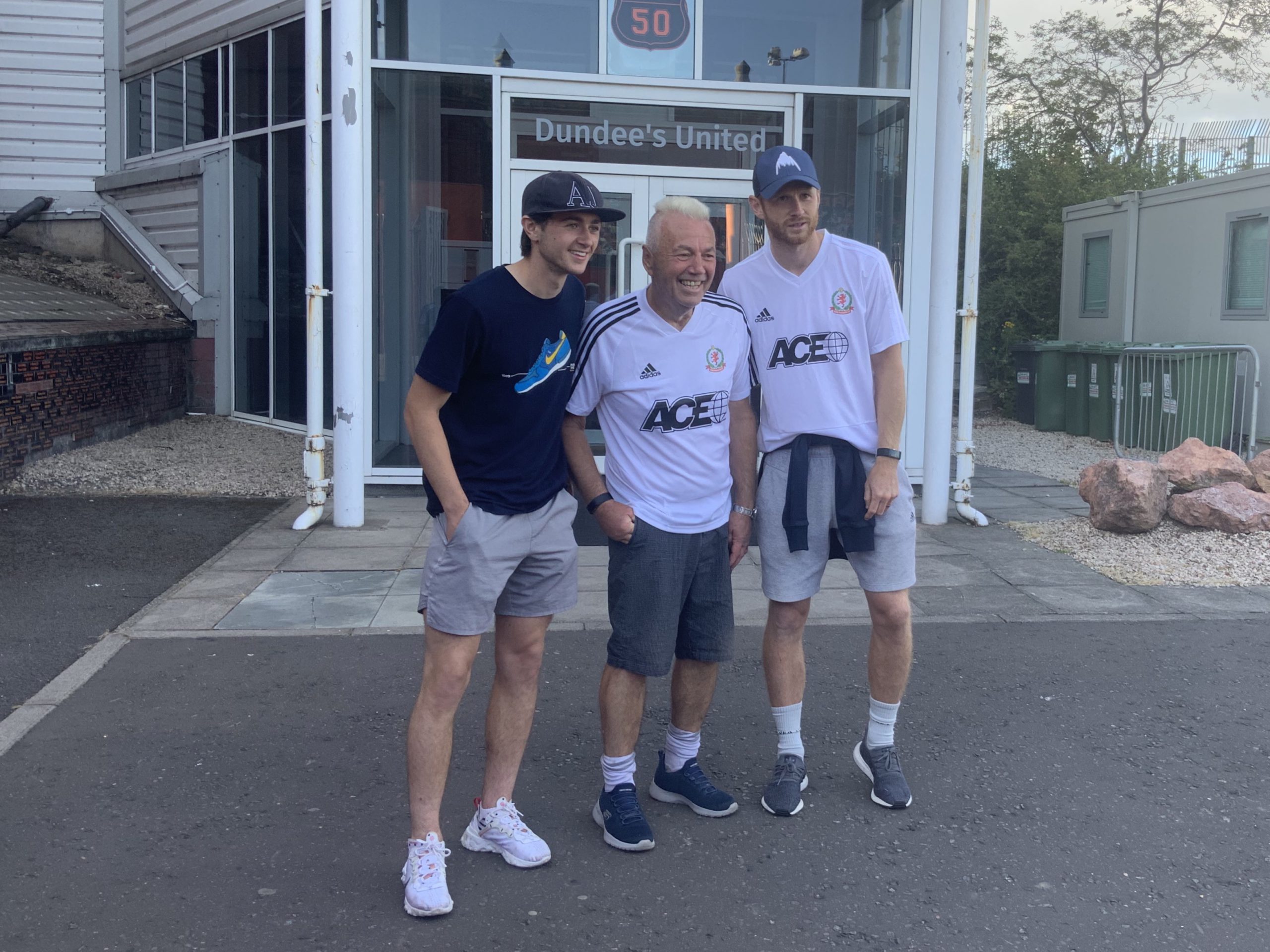 DUNDEE United captain Mark Reynolds has praised Cove Rangers’ crew of sponsored walkers for completing their epic trek from Balmoral Stadium to Tannadice Park.
Reynolds, who also skippered Aberdeen, walked the final two miles of the estimated 68 mile course alongside former Cove Rangers player Roy McBain, Cove super-fan Ian Yule, coaches John McCafferty and and Gary Hake and club secretary Duncan Little – while wearing a Cove Rangers shirt!
United midfielder Declan Glass, who enjoyed a successful spell on loan to Cove Rangers last season, was also there to welcome the walkers as they entered the stadium with the cheers of the large group of Tangerines fans waiting by the gates ringing in their ears.
“It was the least Declan and I could do,” said Mark.
“Putting on the shirt and walking with them was my way of  saying well done and thank you for all that they did.
“It was a fair old slog for them to get down here from Cove and they deserve all the praise they are getting.
“It was a huge effort by all of those who took part, so it was an honour to be allowed to walk beside them at the finishing line.” 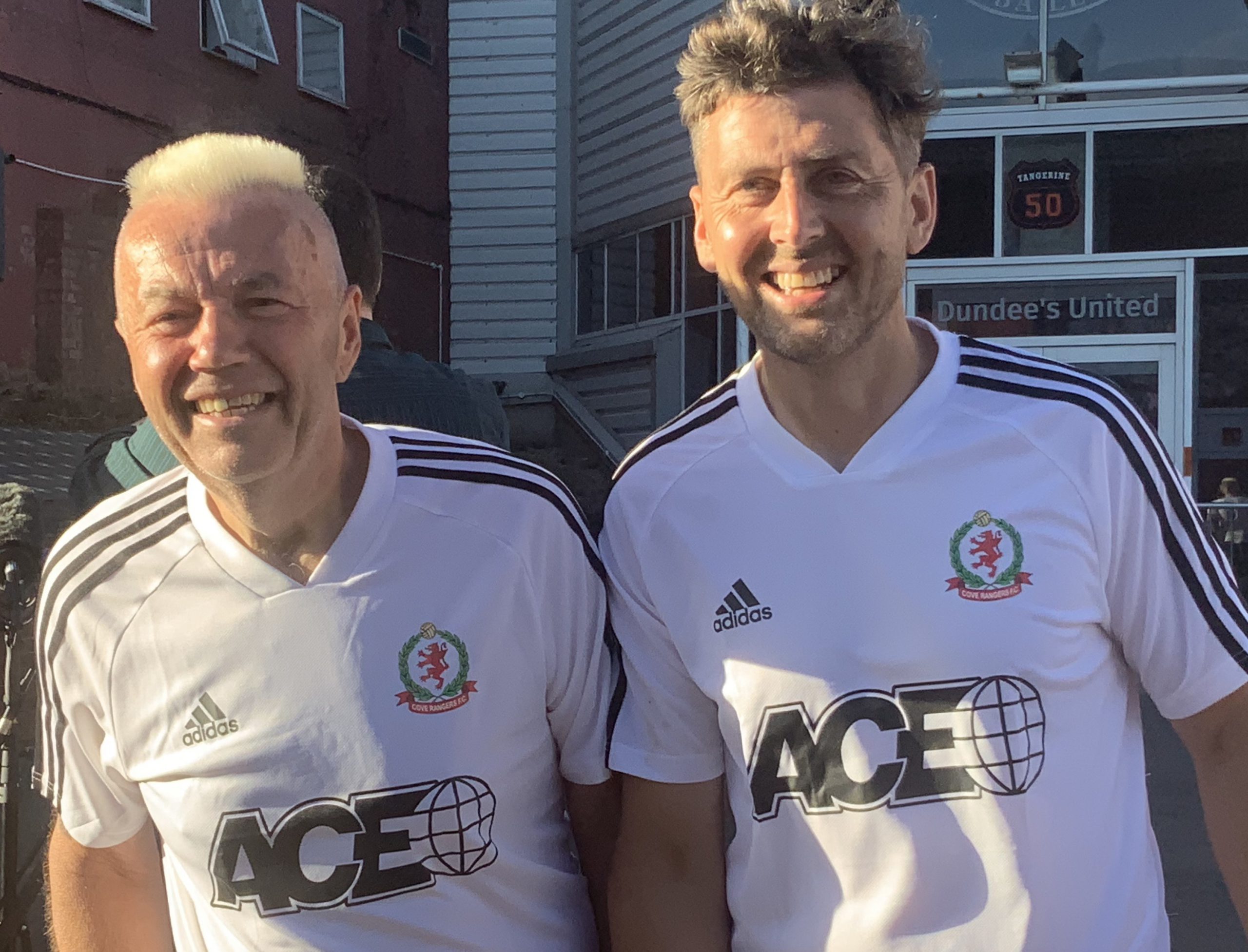 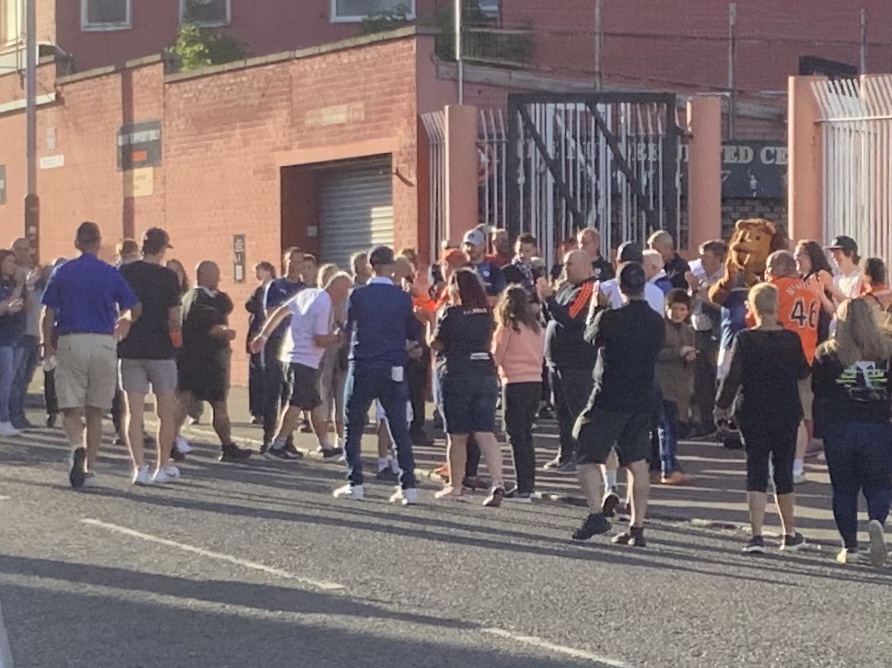 Roy and Ian walked the entire course, covering the equivalent of two and half full marathon races in just over 21 hours.
Mark said: “What they did is just astonishing.
“I’m sure everyone at Cove will be proud of Roy and Ian.”
All of those who took part in the walk – the five who reached Tannadice plus manager Paul Hartley, football director John Sheran and former players Eric Watson, Kevin Tindal and Mark Perry – answered the call for help to assist ourselves, United and Raith Rovers, who have been dragged into a legal fight, through litigation and now arbitration, to ensure the promotion we earned in season 2020-21 stays in place.
Fans of United, who won promotion to the Premier League, and Raith Rovers, who earned promotion to the Championship, also concluded  sponsored walks at Tannadice  in an amazing show of solidarity against what all three clubs see as an unfair penalty for being declared as worthy champions of our respective divisions last season.
The sponsorship money raised will go towards the legal costs of fighting our case.
Ourselves, United and Raith have already incurred over £50,000 in legal costs and these costs could escalate to over £150,000 by the time arbitration concludes.
A portion will also be donated to Ian’s chosen charity, Aberdeen Voluntary Services.
At the time of writing, the sum raised by Cove Rangers had reached an amazing £9,050.
A north-east businessman, who wishes to remain anonymous, has also pledged to match the final sponsorship total.
The combined total raised so far by all three clubs stands at an astonishing £68,000 which was highlighted on the cheque presented to the Cove party when they reached Tannadice. 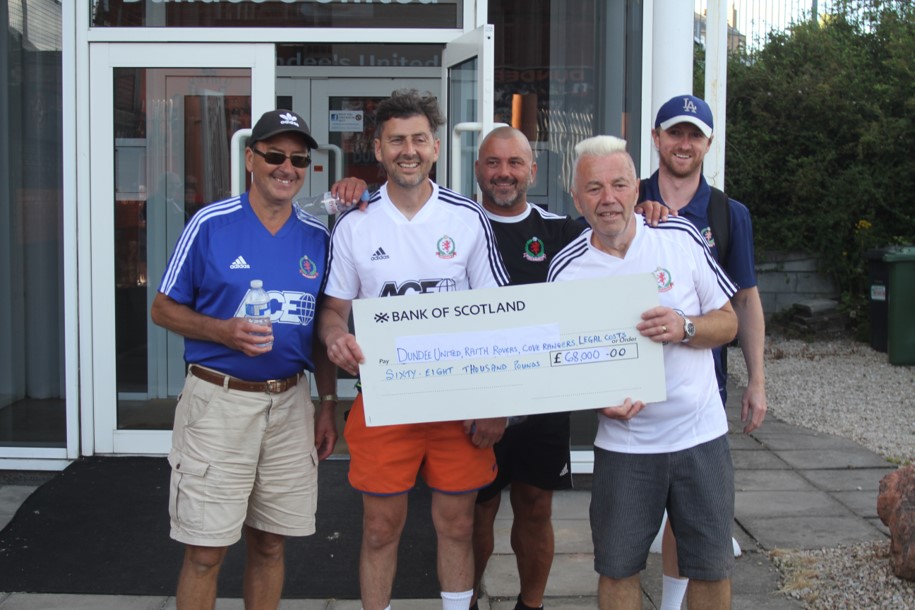 Mark Reynolds added: “It’s a strange, strange situation but it just shows the unity that exists in Scottish football when certain situations arise.
“It’s fantastic the way the three clubs came together.
“The response also shows how much it means to the fans, they felt they wanted to do something, make a combined effort to try and raise a little money to highlight how unhappy they were with all that has been going on.
“They clearly agree that an unfair financial burden has been placed on all three clubs and have made an amazing effort to help ease that.” 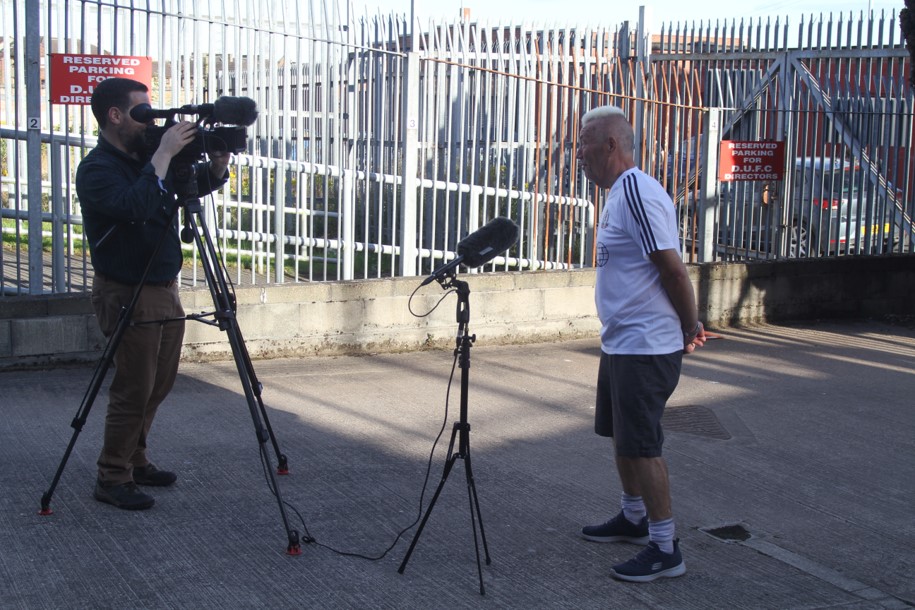 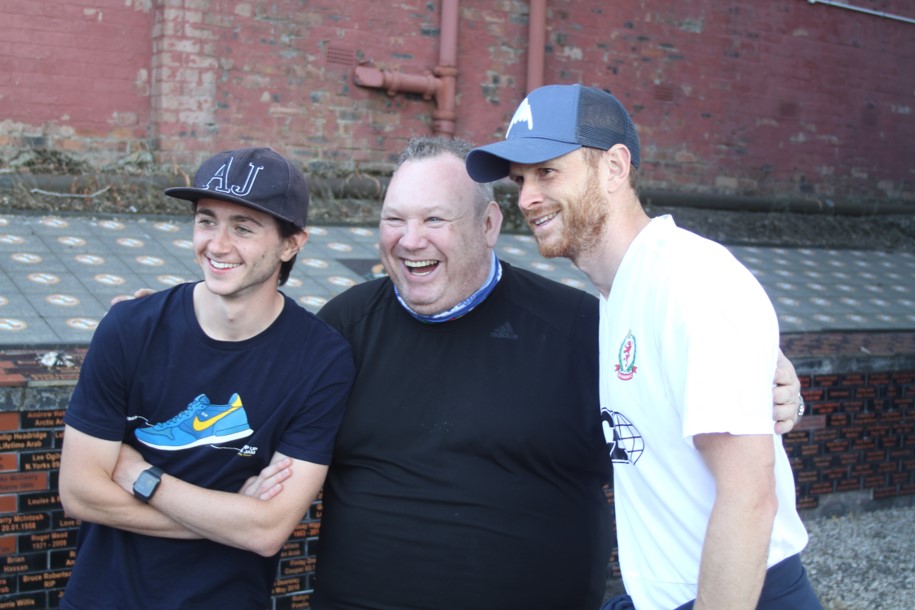 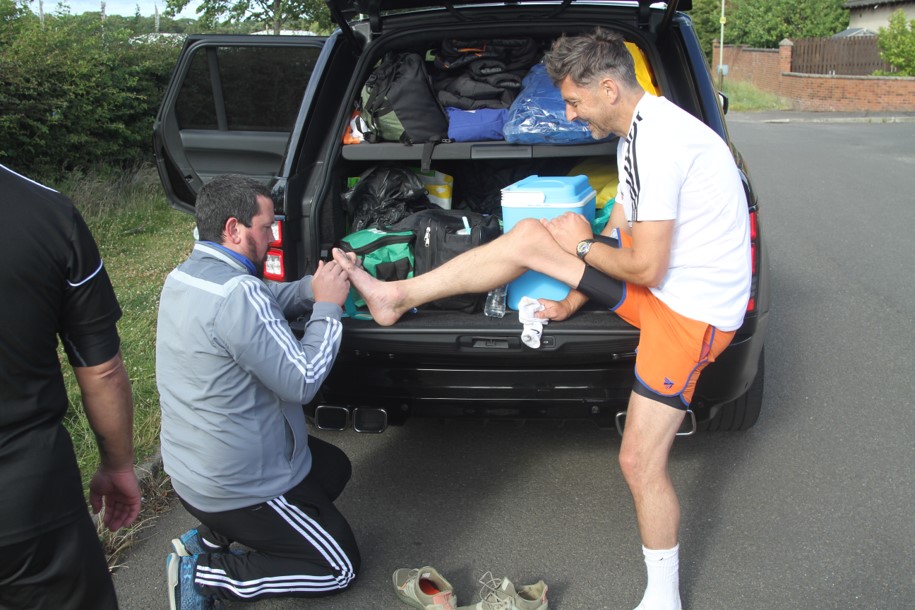 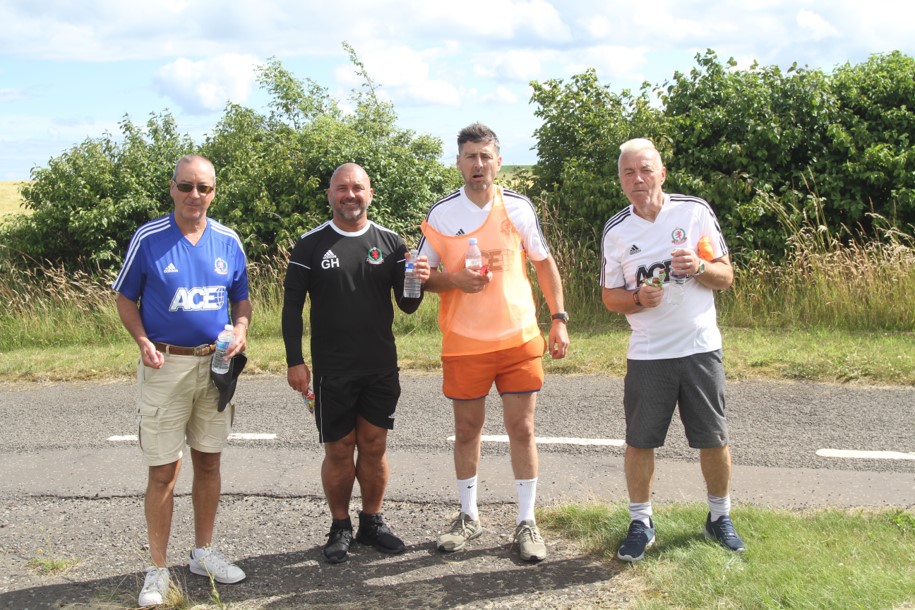 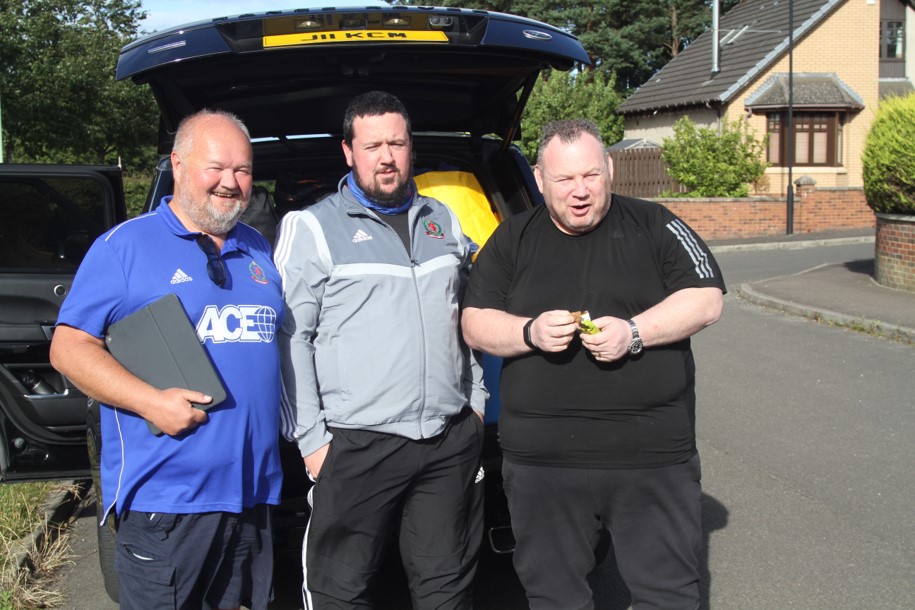 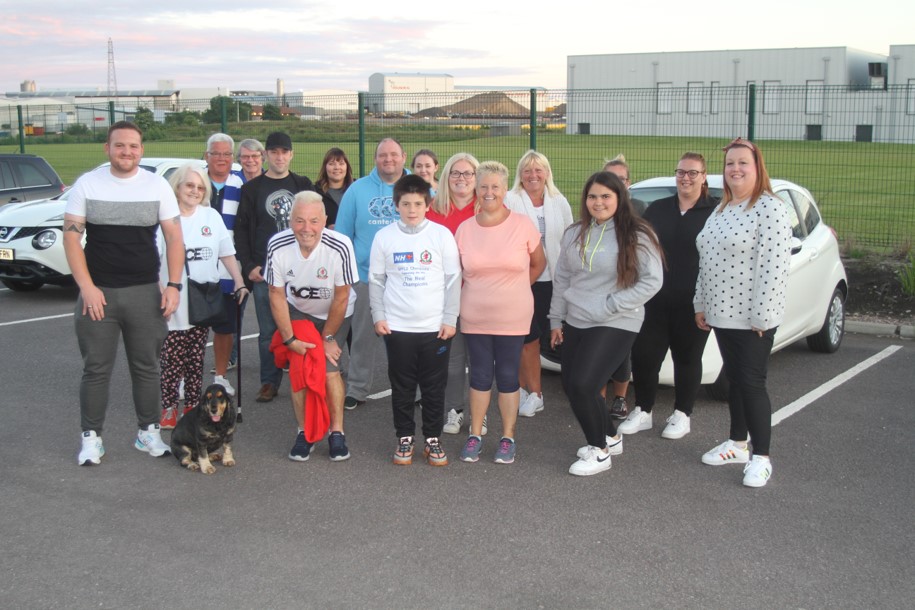 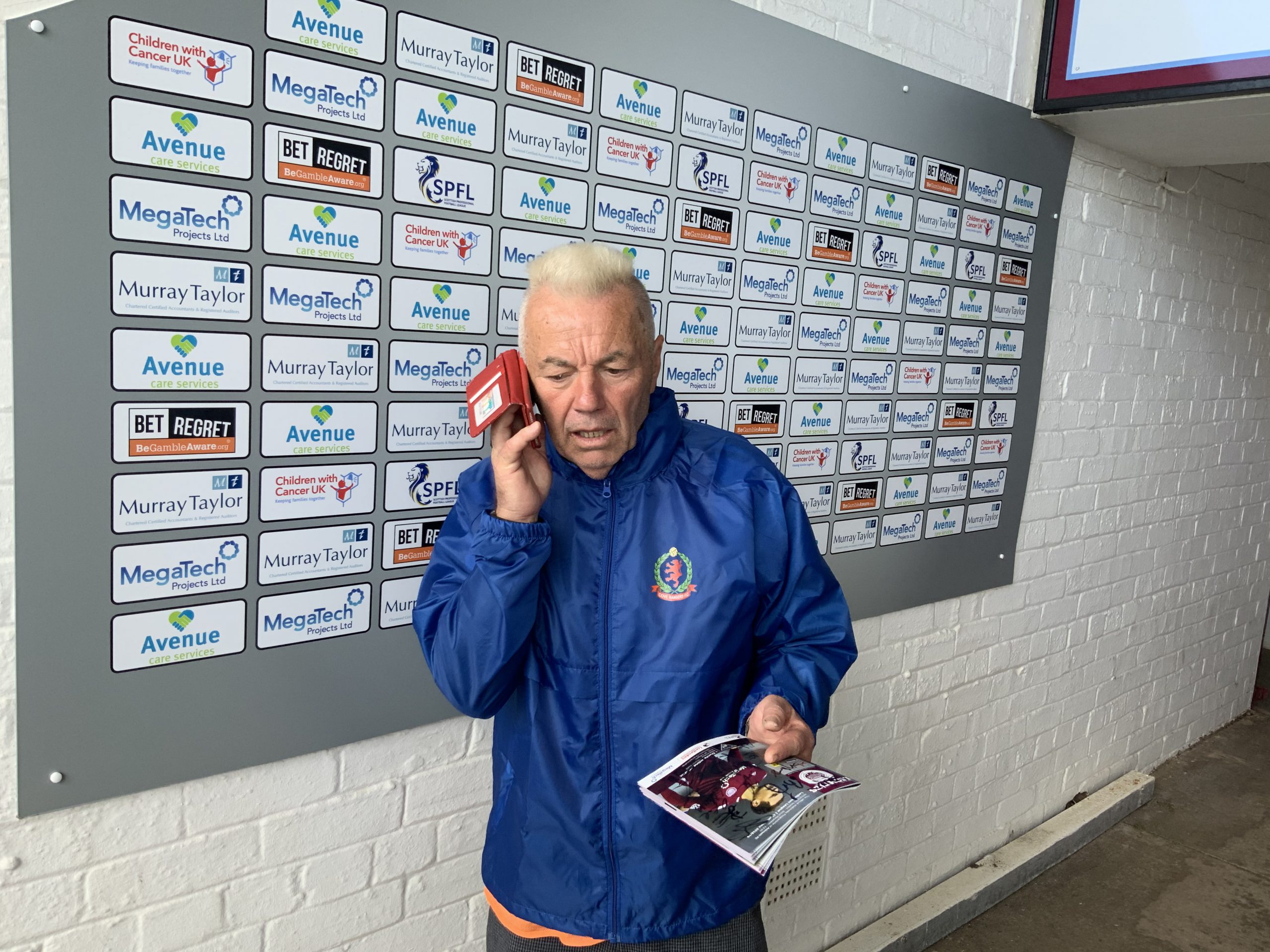 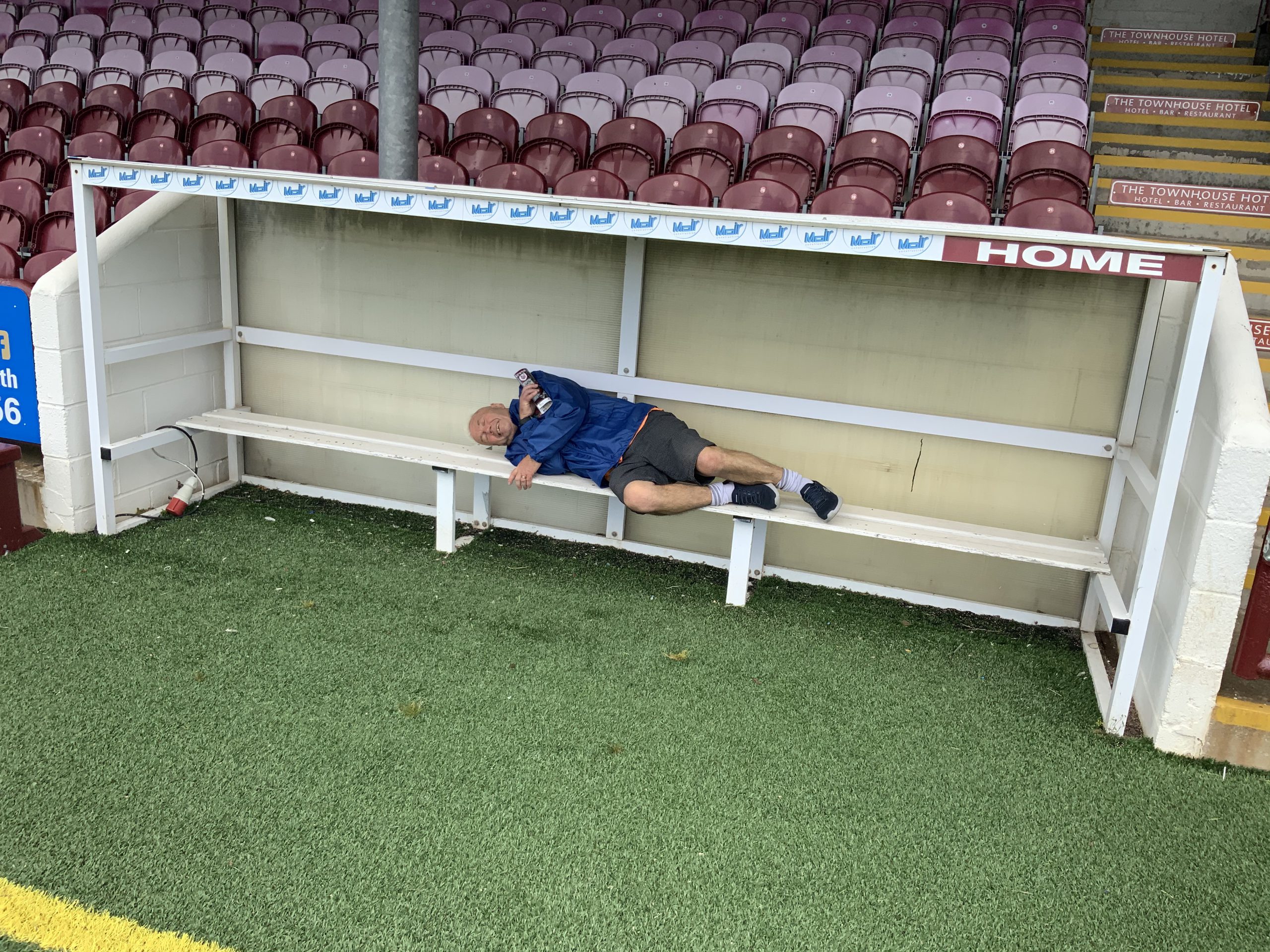 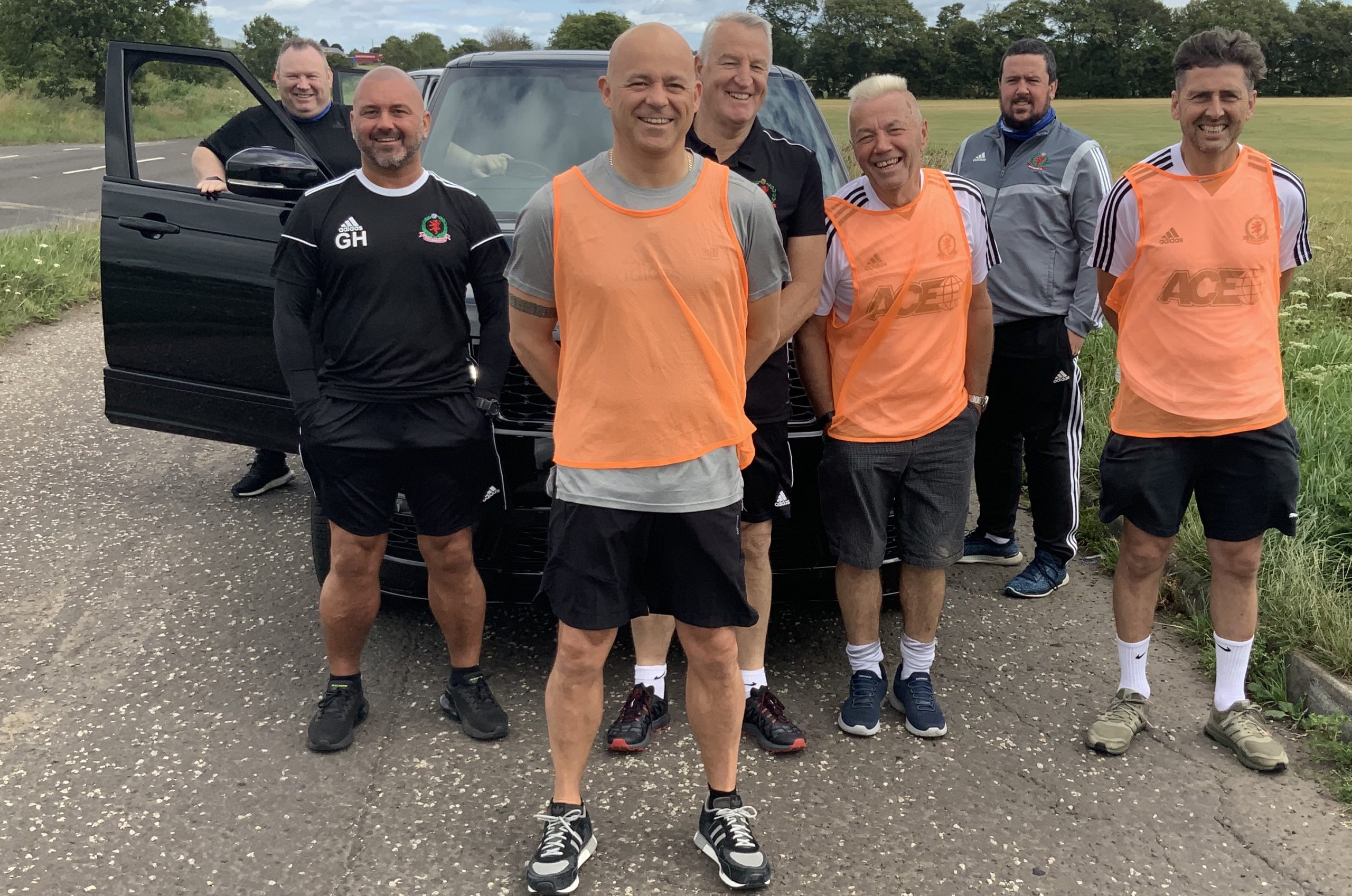 HIBS AND DUNDEE AMONG OPPONENTS IN BETFRED LEAGUE CUP »
We use cookies on this site to improve your user experience. By continuing to use this site we will accept this as agreement of our policy.OkPrivacy policy