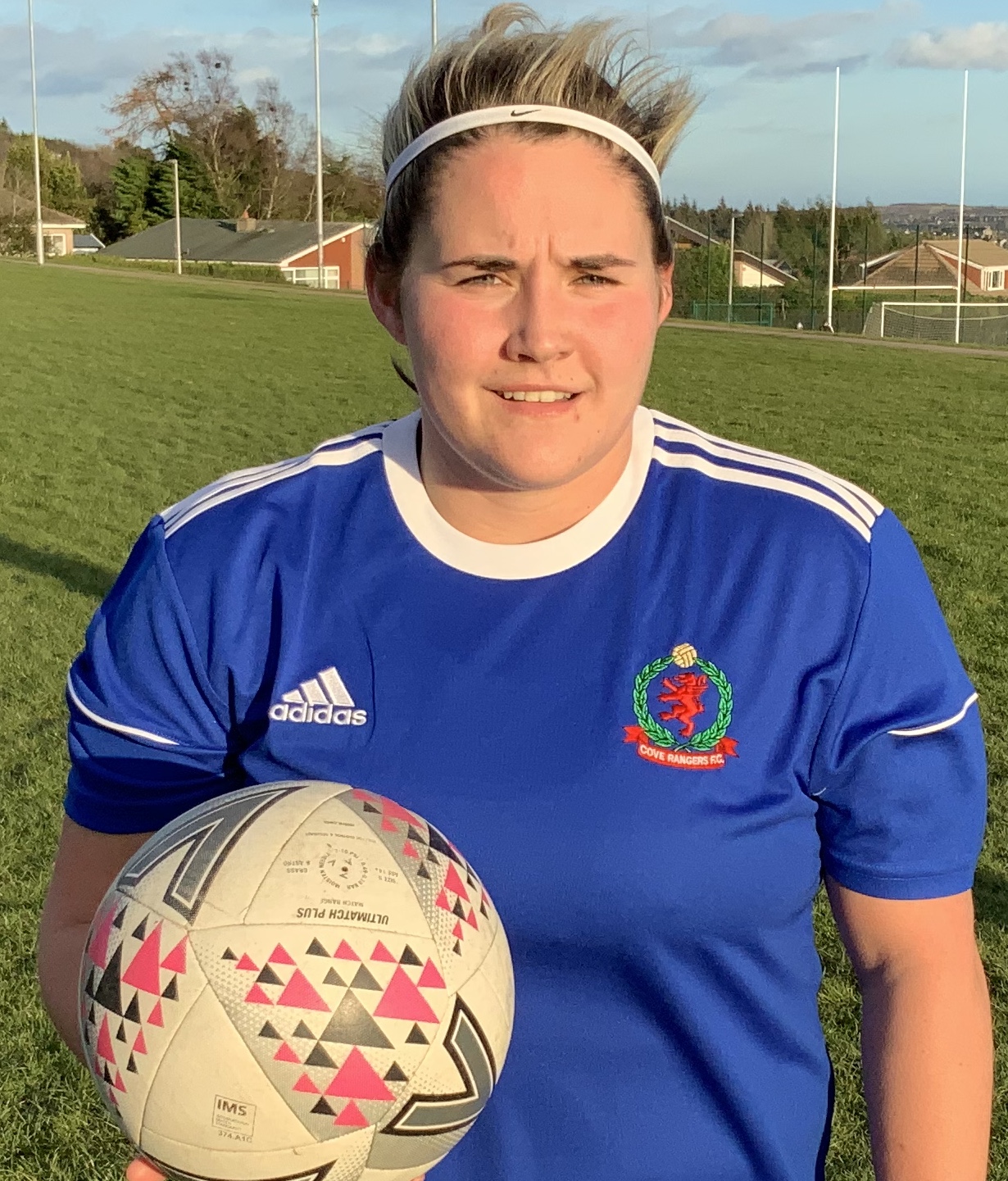 COVE Rangers Women striker Aimee Ridgeway will be facing up to some familiar faces when we start our Scottish League Cup campaign this weekend.
Cove take on Montrose – the side Aimee scored 29 goals for last season – at Links Park on Sunday in the first round.
“What were the chances of that happening?” said Aimee.
“There’s heaps of teams in the draw at this stage, so it’s strange I’ve found myself heading back to where I had so much fun last season.
“I’m not going to lie, I expect it to feel a bit weird going into the away dressing room at Links Park.
“It will also ensure there is certainly no complacency as far as I’m concerned.
“I know Montrose still have a very strong squad and, even though a lot of them are also some of my best friends, they will be determined to make sure I don’t enjoy going back there.”

YOU CAN READ THE FULL INTERVIEW WITH AIMEE IN THE PROGRAMME FOR THE COVE RANGERS v EDINBURGH CITY LADBROKES LEAGUE TWO CLASH , WHICH WILL BE ON SALE AT BALMORAL STADIUM ON SATURDAY.

GLORY FOR RORY AS LAST GASP WINNER GIVES COVE THE EDGE OVER EDINBURGH CITY »
We use cookies on this site to improve your user experience. By continuing to use this site we will accept this as agreement of our policy.OkPrivacy policy